A story of two women and a transgender. 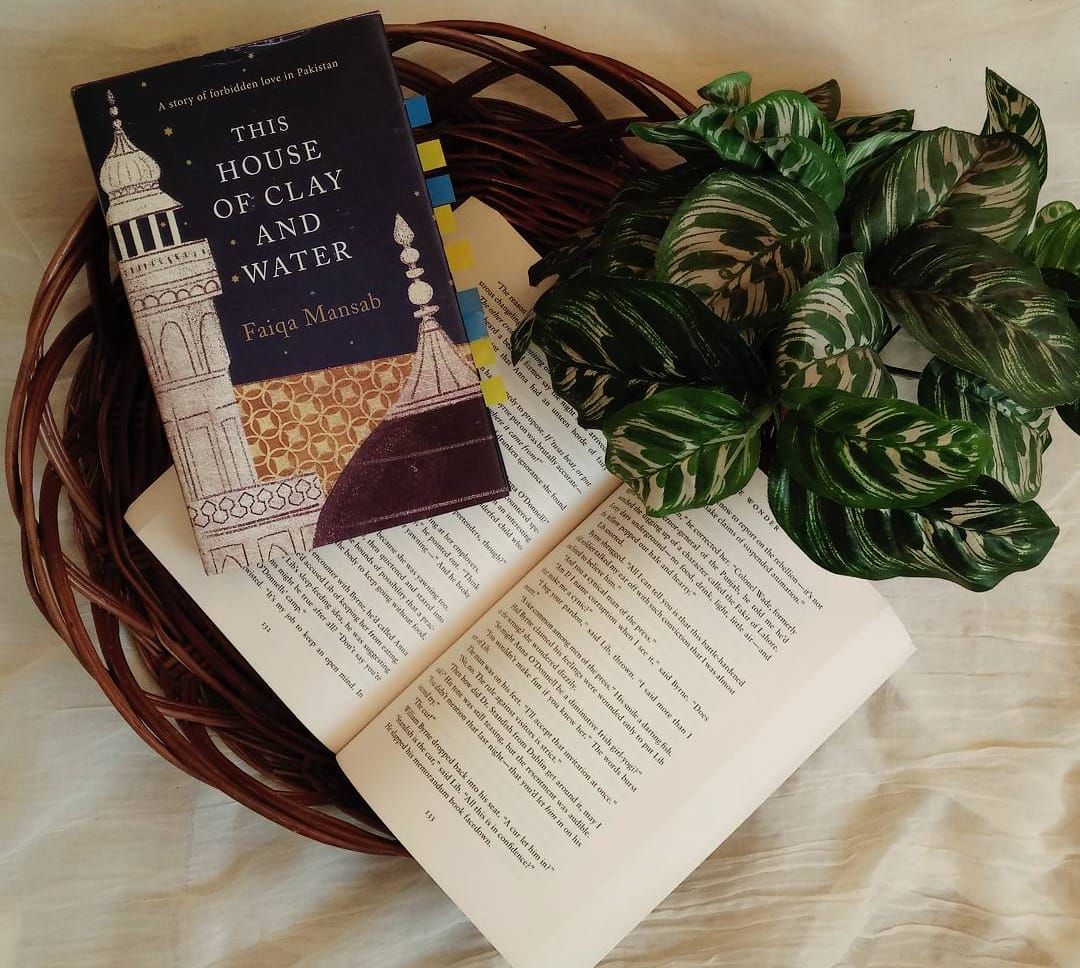 All throughout my journey of reading this novel, the only thought that kept coming back, constantly hovering around was the inability to write a review that would do justice to the masterpiece that is This House of Clay and Water. How would I ever put into words what Mansab did so elegantly? And then I realized, it didn’t matter. It didn’t matter because a book like this one, needed to be read, to be preserved and referred to. What the author has portrayed through the book has so far only been scoffed at, or spoken in hushed tones. Her promising debut novel is a fresh voice to Pakistani Literature and is sure to create ripples for times to come. It’s not a story you forget easily. It keeps coming back, to stay with you. It’s a novel you often think about. It’s a story that becomes a part of you.

This House Of Clay and Water is a story of love, of freedom, of identity, of betrayal, of courage and the need to belong somewhere. It’s a story of three lost souls, who are trying to find meaning, who are trying to fit in, to have a purpose. It’s a story of two women and a eunuch. It’s about Nida, Sasha and Bhanggi whose paths are meant to cross each other. Nida, an intelligent woman, married to Saqib who belongs to an affluent political family, tries to comply to the standards society has set. Nida, is also our protagonist. Burdened by the patriarchal system and belonging to the elite class, she struggles constantly. Her imagination, her ideas, her feelings have been reduced to nothing. Her life is supposed to revolve around her marriage, her husband, whose idea of an ideal wife means being submissive to him and functioning according to his convenience. After all, that’s what a woman is for. Nida is broken. She says, “I’d morphed, altered, nipped and tucked away bits of my personality for so long, I no longer recognized myself. I feared that one day, even if I wanted to, I wouldn’t be able to identify myself. I’d be forever trapped in an image of another’s making, and there would be no escape because I would have forgotten to want to escape” Sasha, on the other hand, belonging to a middle class family, married with two children, dreams of a luxurious life and an escape. Both the characters seem to be caught in a web of their own insecurities, hurt and shattered dreams. The third character, Bhanggi, a eunuch, belongs to the most neglected marginalised minority group in Pakistan. All his life, he’s been considered worst than pests, called a stain to humanity and beaten black and blue by everyone he comes across. He says, “I cannot rid myself of the affliction called hope. I scoop up its broken shards within the cups of my hands. I hold it fast to my heart every time it shatters against the monolithic reality that looms at every, in every human eye.” For Mansab, to attempt to portray a hijra as a normal person with natural feelings, is a brave effort. No other writer could have done it so beautifully.

The three characters; Nida, Sasha and Bhanggi meet at a Dargah. Here starts a bond of friendship and of love. The characters evolve and undergo drastic changes throughout the novel which makes it even more compelling. The plot is smart. The author’s narrative technique and form played an important role in transforming the story. Mansab transitions between first person narration and a free style. The reader will automatically adjust to the change because it’s not abrupt but rather smooth.

The novel is based in Lahore and the author has aptly described the social structure of the society; Where hypocrisy, money and power dictate how lives should be led. A society that still continues to uphold the patriarchal nature; who deems a woman to be less than man.

Any woman who had been with more than one man, even if it was within the bounds of holy matrimony, was considered a slut. Islam failed to impress men here. Though the religion they expunded upon every waking hour permitted a woman to remarry in case of death of the husband or divorce, she was deemed promiscouus if she took advantage of said law.

In the novel, Mansab, portrays the regressive nature of the people, of breaking stereotypes and how women continue to be exploited in the name of religion. It’s as much a story of redemption, of lost love as it is about outdated societal norms and disillusionment. This House Of Clay and Water is a powerful and moving novel, one that has dived deep into the psyche of humans and has opened up room for sensitive issues which are only discussed in closed rooms.

Some words are prisons. They’re labels of reduction. They’re like stones catapulting through mouths, hundreds and thousands of mouths, to target and hurt.

One thought on “This House Of Clay And Water by Faiqa Mansab: A tale of forbidden love, freedom and the need to belong.”