My Father is a Hero is a story about a father who goes out of his way for his daughter’s happiness. 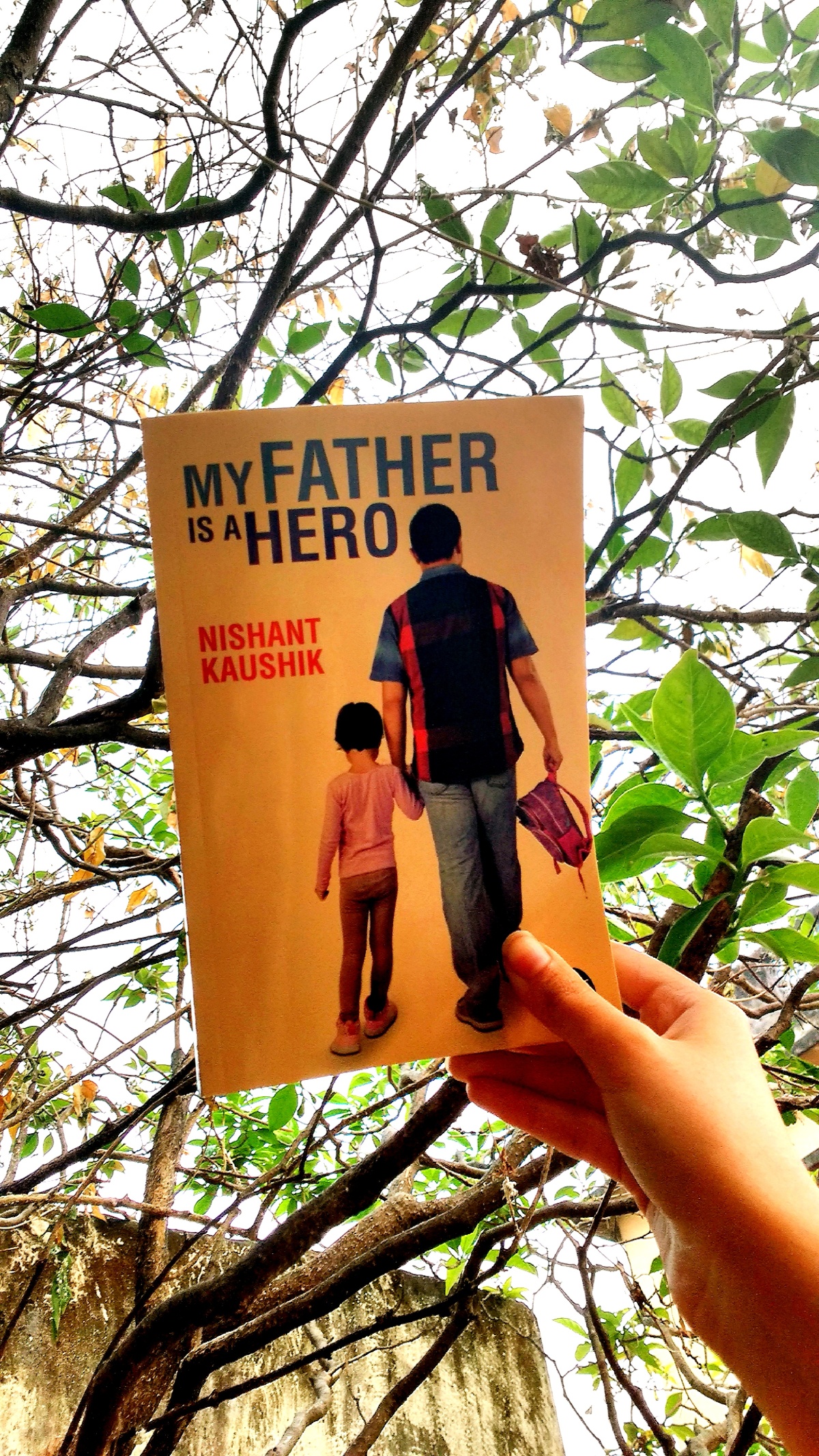 Sometimes you read a book that fills your heart with warmth and a love so strong that its effect lasts a very long time. The simplicity and innocence of a father-daughter bond has been beautifully captured by the author Nishant Kaushik in his novel.

My Father is a Hero is a story about a single father who despite his shortcomings ensures his daughter an easy and fulfilled life. His daughter, Nisha, a 10 year old girl is the apple of his eye and the only source of happiness in Vaibhav’s otherwise dark world. He instils invaluable life lessons in her daughter who excels in all her academic fields and aspires to be a musician someday. They’re happy in their own little world, far away from the harsh realities, finding joy in the littlest of things. But things start to change.  Nisha, who is a cheerful, bubbly 10 year old, suddenly starts getting into a shell. She stops communicating, loses her friends, acts very distant and displays poor academic performance. Not just this, she stops singing, too. So what really happened that transformed her? This behaviour upsets Vaibhav who tries his hardest to get to the root of it. The only concern is to bring back his daughter’s smile which seemed to have been lost. How and what led to the change is described subtly in the book.

The conversations between Vaibhav and Nisha were my favourite part of the story more so because I could relate to them on a deeper level. I think that’s what good books do, they take you along on a journey filled with emotions and leave you wanting for more.

Be it real life or reel life, every parent tries their hardest to give the best to their children. Vaibhav is no different. He goes out of his way to become a superhero in the eyes of his daughter and I must say he fares pretty well. His daughter’s opinion of him matters the most. Aren’t all dads just adorable?

I would have loved to know more about Vaibhav’s past and the circumstances in which he coped. The ending was predictable and I wouldn’t have wanted it any other way. Besides, who doesn’t like a mushy ,happy end to a father-daughter story? All in all, I enjoyed reading My Father is a Hero and would recommend it to anyone who wants to feel all warm and fuzzy on the inside.

I received a copy of My Father Is A Hero from Writers Melon in exchange for an honest and unbiased review.

One thought on “Review: My Father is a Hero”